Trafficking of Children as Sex Slave is increasing in India 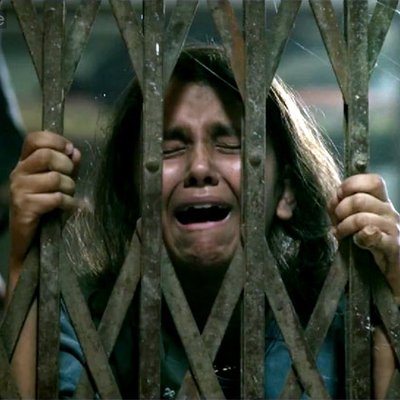 Delhi, Mumbai & Kolkata: There was no–and never has been–electricity in the thatched-roof home that Alina (name changed) shares with her parents. A small light flickered in the dark at the end of a row of paddy fields at the 16-year-old’s home in Basanti town in South 24 Parganas, West Bengal’s largest district and one of the “source districts for human and child trafficking” in India.

Alina was sexually attacked thrice in four days by a man who had coaxed her into eloping. Yet, she is relatively lucky because she managed to escape, unlike thousands of girls abducted and forced into a life of sexual slavery, for whom there is no way back.

Alina thought she was in love with the man she had met outside school. “During my conversations with him, he told me that he loved me and that his mother had passed away,”  Alina told Action Against Violence Team. It was only later, after she had escaped and found support from anti-trafficking counselors, that she realized that this man was probably a trafficker. She had not known of the concept before.

Like Alina, thousands of girls in West Bengal are lured, kidnapped, or forced into trafficking for sexual slavery or commercial sexual exploitation (CSE).

In 2016, the year for which the latest data are available, West Bengal reported the most children trafficked–3,113 or 34% of all–according to National Crime Records Bureau (NCRB) data. Of these, 86% or 2,687, were girls.

“Trafficking for CSE was reported to happen in the context of girls eloping with boyfriends who then sold them into trafficking, or girls falling prey to fake marriage proposals and fake job offers,” according to a 2018 report from World Vision India, a charity.

Other reasons that led to trafficking were poverty–parents had no choice but to accept disguised job offers for their daughters–and kidnapping, the report titled Combat Child Trafficking For Sexual Exploitation In West Bengal said.

‘I ran away… as he went to buy a ticket’

In August 2018, Alina travelled with the man in a “night coach”–that is, a sleeper bus. “Initially, he was well-behaved, but after the incident, I felt that he was bad,” she said.

“He laughed when I asked him to take me back home,” she said. “Although I thought of running away and coming back home, I never got a chance initially because he was always around.”

Eventually, she got suspicious when she heard him speak in Hindi, a language she does not understand, and say “Delhi”.

“I ran away when he made me wait as he went to buy a ticket, which I think was to Delhi,” said Alina.

After traveling four-to-five hours by train, from a station whose name she does not remember, Mansi reached Sealdah station, about 70 km from Basanti. She had the Rs 100 she had taken when she had left home; she used it to get back home.

Although she is scared that the trafficker may come back, Alina is among the few who were able to return home. He has not been traced yet.

“I will tell other girls not to go ahead if they see strangers trying to befriend them,” Alina said.

About 59% adolescents did not know of any way to protect themselves from trafficking, and 72% did not know about services that could help them, the World Vision India study found.

It examined issues related to child trafficking for CSE in three districts of West Bengal–Kolkata, Darjeeling, and 24 South Parganas. West Bengal is a focus area as three of the state’s districts–North 24 Parganas, South 24 Parganas and Murshidabad–lie along the porous international border with Bangladesh and are prone to trafficking. The state also shares borders with Bihar, Odisha, Jharkhand, Sikkim and Assam, along with Nepal and Bhutan, making trafficking easy.

The study surveyed 136 women trafficked for CSE in the destination areas, 885 adolescents (aged 12-17 years) in the source areas, and 1,180 caregivers–people who spent the most time looking after the children, such as the biological mother, aunt, grandmother or father.

In the destination areas, 26% women in CSE who were surveyed said they had started as minors; 44% between 18 and 25 years, and 29% at 25 years and above. The median age for first sexual experience was 15 years; 43% of women said it was forced. Nearly half the women in CSE had encountered sexual violence prior to getting into it, the report said.

Anti-human trafficking units are currently under-resourced and need more funding, said Amit Kumar Satapathy, Delhi-based Criminologist. Amit has been handling child- and sex-trafficking cases for 4 years now, and has trained police and prosecutors on these issues.

“The police lack resources to conduct an in-depth investigation if the child is trafficked from a different state,” Amit said, adding that the police need to be held accountable once they are trained in dealing with cases of trafficking. They also need more resources.

Citizens can help by volunteering to be witnesses on sex trafficking rescues, and then providing evidence in court, said Amit.

Poverty and desperation lead people to unsafe migration, making them vulnerable to trafficking.

“But another important factor which enables trafficking is the culture of impunity,” said Amit. “The same recruiter can repeatedly traffic many vulnerable children from a village because arrests are generally focused on the place of exploitation and not on perpetrators complicit in other stages of trafficking.”

Young children are totally in the clutches of traffickers, Flavia Agnes, women’s rights lawyer and co-founder of Majlis, a non-profit that provides legal services to women and children, told Action Against Violence. “Delay in court is also a factor that has [an] adverse impact,” he said.

Rehabilitation often involves returning the child to the same parents who had initially trafficked them.

“We have to stop thinking that the natal family is a safe haven for young children and evolve innovative strategies of rehabilitation,” said Amit. “The state has to take the onus to stop child trafficking in the country.”

West Bengal, Andhra Pradesh, Karnataka, Maharashtra and Odisha are common source areas for trafficking to red-light areas across India, according to the India Country Assessment Report 2013 on anti-human trafficking, brought out by the United Nations Office on Drugs and Crime.

Sexual exploitation for prostitution (22%) was the second major purpose for human trafficking in 2016 in India, after forced labour (45%), NCRB data based on the statement of rescued victims and the accused showed.

Gap in data and under-reporting

“Existing prevalence data–from secondary sources–for human trafficking for CSE do not exist as victims are a hidden population and there is no valid survey method to track it,” the World Vision report said. Estimates of women and girls in CSE vary from 70,000 to 3 million in India, it added.

NCRB data reveal only reported cases, Joseph Wesley, head of anti-child trafficking programme at World Vision India, told Action Against Violence. “From our experience, I can say that not all cases are reported, simply because parents are very hesitant to report or parents themselves are involved.”

“Police should be proactive in booking the cases under trafficking provisions,” he said. “Often cases are booked as kidnapping or missing person cases even though there is clear evidence of trafficking.”

“Lack of data makes it very difficult to track the gravity of the situation and the scanty numbers indicate that there is no immediate problem,” said Agnes. “Officials tend to dismiss or undermine the problem. Having accurate data on such a serious issue is critical to evolve effective strategies. Many NGOs are now in the process of compiling data about child trafficking. Though this is not official data, it is useful as a pointer.”

“There is a global data gap in reporting trafficking,” said Amit. “It is not easy for trafficking victims to report because many of them are from some of the most vulnerable and marginalised sections of society but a lot of data is lost due to lack of an integrated data collection system.”

“Integrated reporting and use of digital databases by police would result in more accurate national collation of data,” said Mendonca. “Once first information reports and chargesheets are entered into a digital system, there would be more accurate reports of trafficking crimes.”